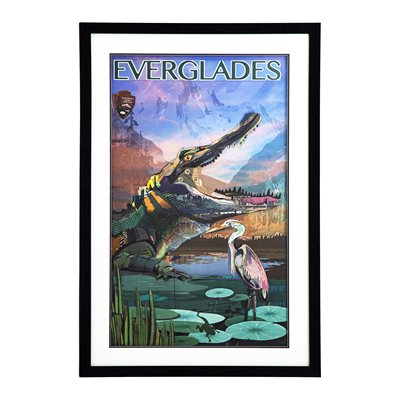 Press and move to zoom.
Mouse over image to zoom.
Click to enlarge 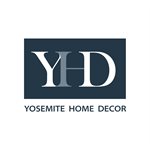 Designed by our very own Alex John. Everglades National Park was established in 1934, to protect the quickly vanishing Everglades, and dedicated by President Harry S Truman in 1947, as major canal building projects were initiated across South Florida. It’s the third largest national park in the United States and the largest sub-tropical wilderness, spanning across 1.5 million acres, in the United States, and the largest wilderness of any kind east of the Mississippi River. The park is the most significant breeding ground for native animals such as tropical wading birds in North America and contains the largest mangrove ecosystem in the Western Hemisphere. Thirty-six threatened or protected species inhabit the park, including the Florida panther, the American crocodile, and the West Indian manatee, along with 350 species of birds, 300 species of fresh and saltwater fish, 40 species of mammals, and 50 species of reptiles.   Perfect for any family room, game room, office, man cave or anyone who loves to travel. ***Made of a minimum of 2-8 layers of hand laid paper images of 60 individual pieces   Under glass, this piece is set on a wildlife designed matte and black frame, making it a stand-out piece